+90 242 277 10 04 TR
Newsletter Terms
Dear guest,
If you subscribe to our newsletter, you will receive regular emails about news, special offers and other topics regarding anything ALİ BEY HOTELS & RESORTS.
If at any point you wish to unsubscribe from your newsletter, you can do so by clicking the provided unsubscribe link in the newsletter emails.
We do not share our subscribers' personal information with third parties.
RESERVATION 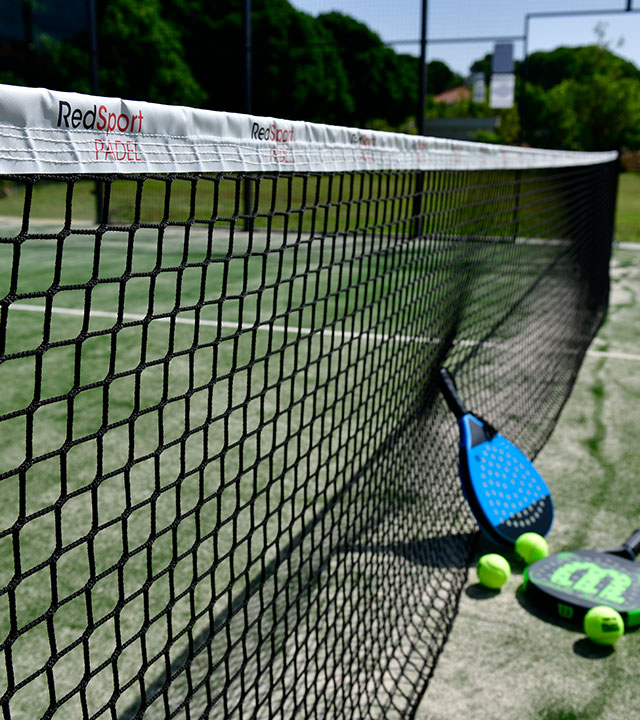 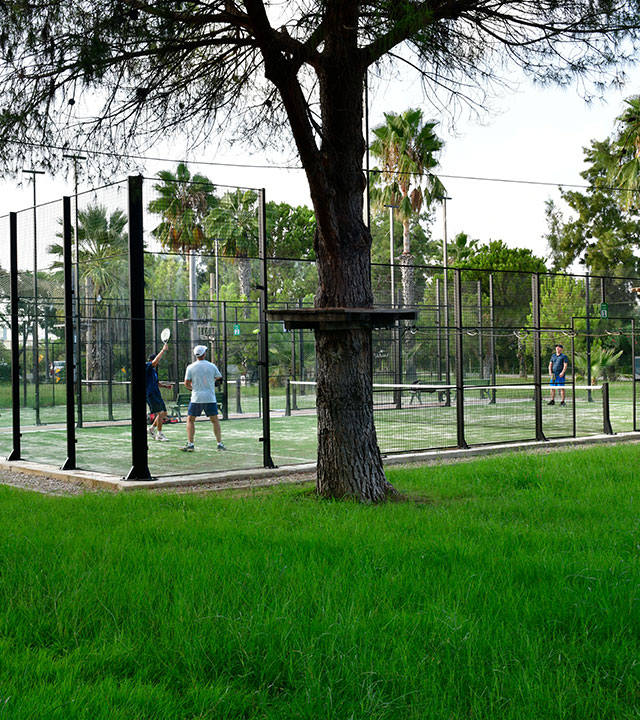 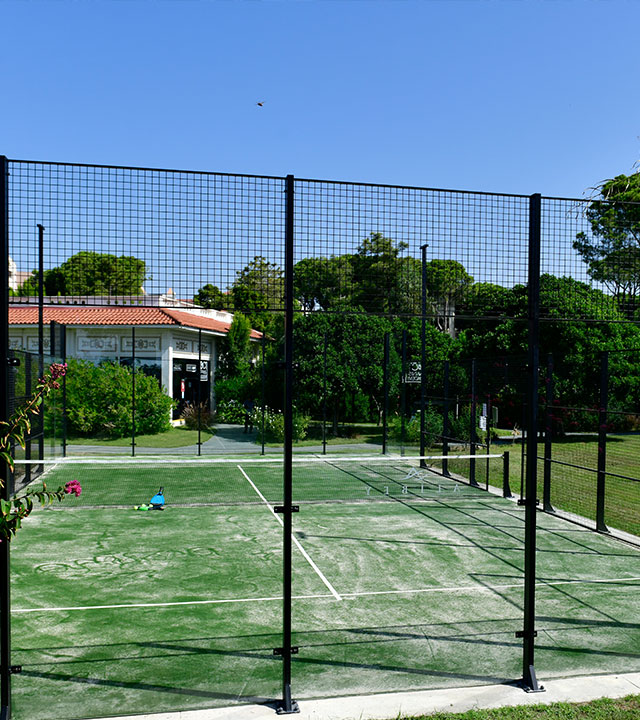 Padel is not really a new sport; The date of publication is 1970. So we can say that it has been played for half a century. It was originally designed in Mexico in 1970 by a Mexican named Enrique Corcuera. While it is still based on tennis and even resembles tennis to a great extent, it is actually a game consisting of a combination of tennis and squash.​

​There is one more important detail here; Padel is not the same as the game known as “paddle tennis” in the US and Canada. While often confused, there are differences between these two games.

Not much time has passed between the game’s discovery and its popularity. This game, which emerged in Mexico, has also passed to Spain, which plays tennis too much. Even after a while, it was played more than tennis in Spain.​

This popularity is not limited to Spain. This sport, which managed to appeal to a wide audience in a short time, gained mass after Spain in Argentina, Uruguay, Brazil, the United Kingdom, Germany and Sweden.​

​Padel is basically a racket sport. The most distinctive difference from tennis is that the focus is more on strategic movements, tactics and mental aspects than on strength. However, the tennis court is also different in size from tennis.

Padel courts are slightly larger than a third of the normal tennis courts. The dimensions of the field are 20 mx 10 m. It is divided in the middle by a net, like normal tennis courts, but apart from that, it is surrounded by walls covered with aluminum wires and glass on all four sides. This wall is also used by players.​

Again, unlike normal tennis, the players in the paddle take place in teams of two. While this situation is optional in normal tennis, it is mandatory in padel. Because it is a team game, it adds social value to human life.​

​The type of racket used is also different. The rocket used in the paddle has an elastic surface with holes. It has no wires and is short. However, the air pressure of the ball used is slightly less than that of normal tennis.

The scoring system in Padel is the same as in regular tennis. Six games must be won to win a set, and the team that gets two sets wins the game. The opening of the game begins by serving in the same way. By throwing a cross, you have two service rights.​

​The person using the service must be behind the service line. The player receiving the service is on the other side of the server, but can be anywhere in the field. Service usage also differs from normal tennis; Instead of throwing and hitting the ball in the air, the player bounces the ball to the ground and then hits the ball below hip level.

​Ali Bey Hotels & Resorts, which has its own place in padel, which is increasingly common in the world, already devotes a large area to tennis. But the constant renewal of the requirements made it necessary to open space for padel as well.

Ali Bey Hotels & Resort, which accurately evaluates the requirements for our guests to have the best experience at all times and takes swift action on this point, has also prepared courts for padel. Courts we have prepared for our guests;​

Artificial grass carpet is covered on the compacted concrete located on the floor. The court is surrounded by aluminum electrostatic painted panels and glass. The net was attached to the middle of the field and the line strips were drawn and the court was ready to play. Although the materials needed for the construction of the padel courts have come from Spain, the construction and installation of the courts is carried out by our technical team.

Ali Bey Hotels & Resorts offers tennis opportunities for both amateurs and professionals. In our facility, which hosts many tournaments, you can find the opportunity to play tennis as an amateur or as a professional during your holiday.​

​Ali Bey Hotels & Resorts is the largest Tennis Center in the world thanks to its tennis courts for adults and children. Our courts, which also offer coach services, also maintain a dynamic structure thanks to international tournaments every year. In addition, we can enjoy tennis not in one facility, but in all of them with the same equipment.

​Ali Bey Resort Sorgun has 53 tennis courts. 3 of them are designed for children and 1 is designed as a wall Court. Both the playground and equipment for amateur players and professionals are available at our facility. At our facilities, which also have a coach service for players of all ages, it is also possible to start tennis or take yourself to a higher level while you are on vacation.

​Ali Bey Club and Ali Bey Park Manavgat have a total of 62 tennis courts. 3 of these courts are designed for children and 1 is designed for entertainment purposes. It is also possible to work with coaches on our courts who have the necessary equipment for players of all ages and levels who are interested in tennis.

We can also share with you the surprise that will show more strongly the happiness we feel about Padel being located in our facilities. Prepare your calendar in advance for an event that will be exciting for all tennis lovers. ​

A great show match will be held with the famous tennis player Ekaterina Marakova for tennis fans. Makarova will perform padel on:

We are waiting for you to get full of tennis and to see the subtleties of padel up close! 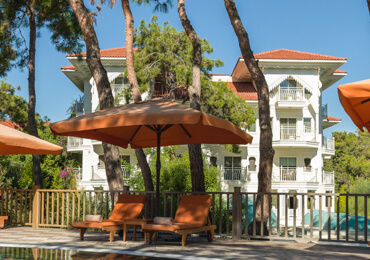 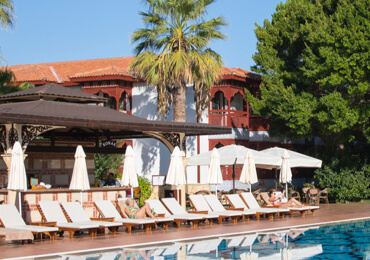 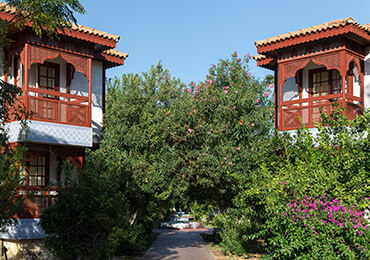 Cookies are used on our web site to improve the browsing experience of our visitors and to provide you with a better service. If you decline cookies, you may limit the applications to work with on our web site or some features may not work as desired. For more information about our Cookie Policy please click here. Click here to learn more about our Company's Personal Data Storage and Destruction Policy
Accept

Your request has been received successfully. Thanks.